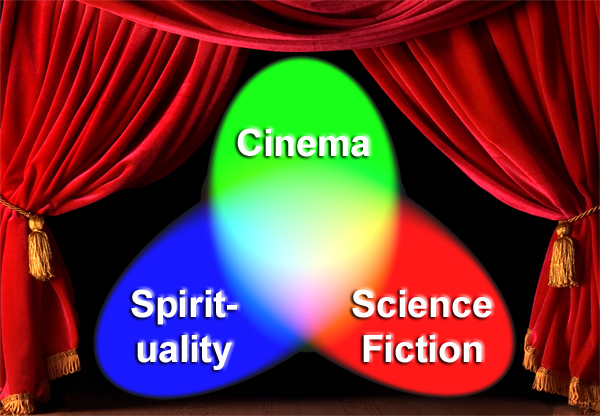 This site celebrates cinema (ok, "movies" to most people), spirituality, and science fiction through movie reviews, essays, short stories, and other information on these topics. Why these three topics? These are three main themes I most enjoy writing about--especially when the areas overlap such as in a science fiction movie with spiritual themes. (A mythic core that these topics share is discussed in A Prince, Machines, and Stillness.)

Although atheists with no imagination may want to look elsewhere, other viewers are invited to surf among the following sections:

Here are some highlighted items among the sections of this site: